Rúv News has just published new pictures of Eyjafjallajökull volcano. The pictures are from Fimmvörðuháls lava field and the lava field that is in Gígujökull glacier. But in that area a lava flow did take place during the eruption. That lava field has not been explored before. According to the news, a moss has already started to grow on the new lava on Fimmvörðuháls. The Gígjökull glacier has already started to cover the lava field that did melt it during the eruption of 2010 in Eyjafjallajökull volcano. 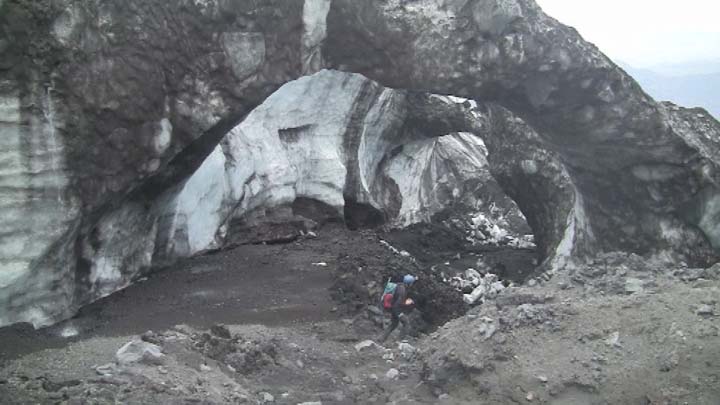 From Gígjökull glacier. Picture from Rúv News. Copyright holder of this picture is Rúv.

The news of this can be found here. This is in Icelandic.