Yesterday (29-January-2021) at 23:34 UTC an earthquake with magnitude of Mw2,4 took place in Grímsfjall volcano (Grímsvötn). There where few smaller earthquakes before and after this largest earthquake. There where no signs of change in harmonic tremor following this earthquake activity.

Today (30-September-2020) Icelandic Met Office moved Grímsfjall volcano to a yellow warning status for air traffic. This strongly suggests that Icelandic Met Office thinks that an eruption might happen in next few days to weeks. It is expected that an eruption might happen if a glacier flood happens from Grímsvötn glacier lake that is inside Grímsfjall volcano caldera. 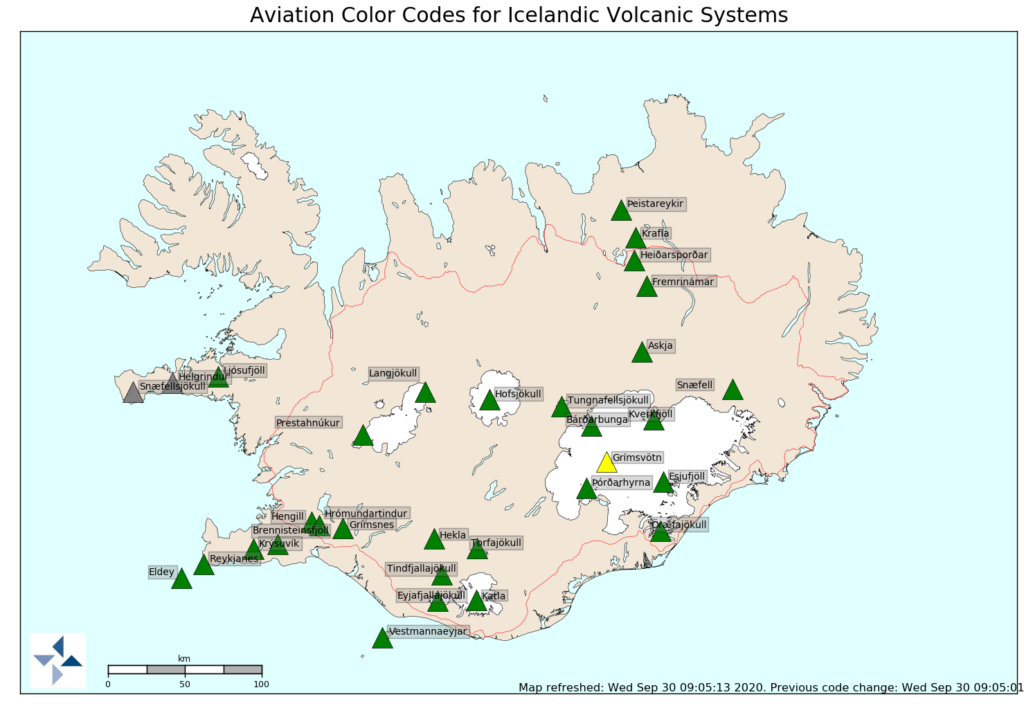 Current status of Grímsfjöll volcano is yellow. Copyright of this image belongs to Icelandic Met Office.

It is difficult to know if this is going to be a large or small eruption until it happens. Best thing to do right now is to keep monitoring Grímsfjall volcano activity to see if anything is going on. Currently everything is quiet.

Please remember to support my work. It helps me to pay for things like hard drives, food and other necessary things. Thanks for the support. 🙂 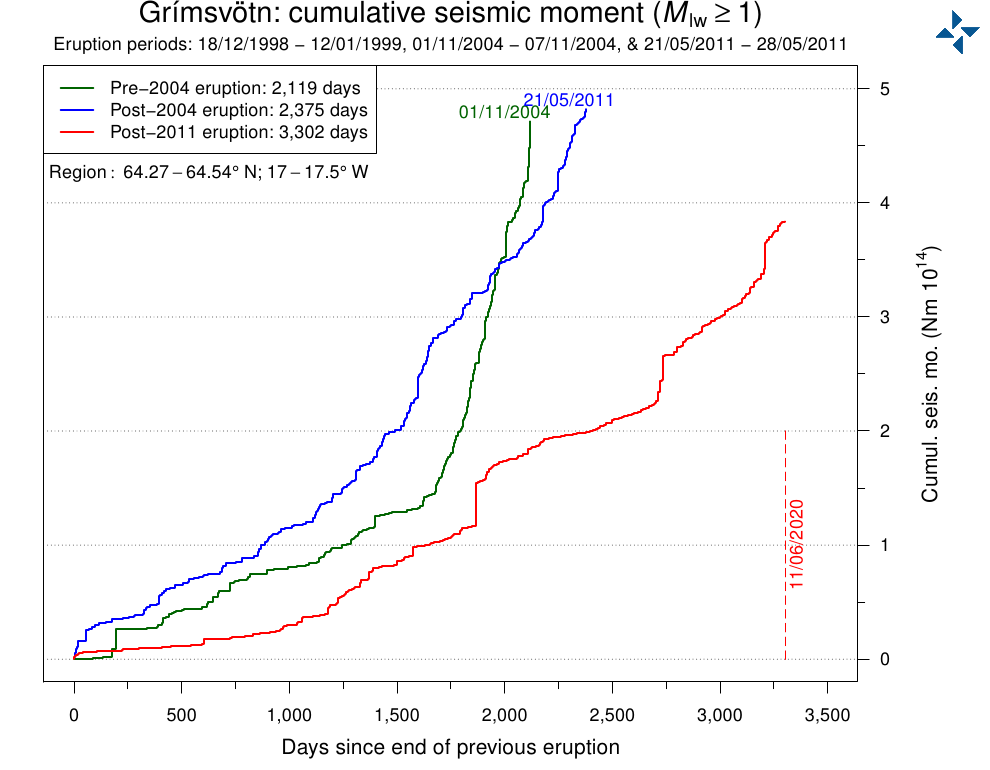 Yesterday (06. March 2020) an earthquake with the magnitude of Mw3,1 took place in Grímsfjöll volcano. No other earthquakes followed this earthquake and no change in harmonic tremor was detected. Please remember to support my work with donations. I am getting broke this month and its just start of March. Thanks for the support. 🙂

Sorry for the late article. I’ve been busy in other project that involves taking a lot picture and putting them up on my Instagram that can be found here. Earthquake activity in Grímsvötn and Þórðarhyrna volcanoes. Copyright of this image belongs to Icelandic Met Office.

It is going to be a serious problem if an eruption happens in Þórðarhyrna volcano because that volcano is completely covered with a glacier that is up to 200 meters thick or thicker. Other risk factor is that Grímsvötn volcano might erupt outside of the caldera resulting in glacier floods and other problems.

Please remember to support my work. I am broke this month and that’s not a good thing. Thanks for the support. 🙂 Þórðarhyrna volcano is located south-west of Grímsvötn volcano. Yellow dots on this image. Copyright of this image belongs to Icelandic Met Office.

Last eruption in Þórðarhyrna volcano was in the year 1902 December to 1904 12-January and was a VEI=4 eruption. An eruption happened in Grímsvötn volcano at the same time.

Please remember to support my work. Thanks for the support. 🙂

During the night of 23-November-2018 there was an magnitude 3,1 earthquake in Grímsvötn volcano (Grímsfjall). Only one aftershock appeared and it had a magnitude of 0,9. During the night there was an earthquake swarm in Grímsvötn volcano. Largest earthquake in this swarm had a magnitude of 2,6 and other earthquakes were smaller in magnitude. I’ll update this article or write a new article when I can or if something major happens.

Please remember to support my work with donations. Turns out that June might get slightly more tricker then I first planned in terms of money. Thanks for the support. 🙂

Over the past few months there has been a slight increase in earthquake activity in Grímsvötn (Grímsfjall) volcano. This increase in activity strongly suggests that Grímsvötn are now in later stages of getting ready for an eruption. This graph gives a good idea the time interval betweens eruptions (last eruptions since 2000). Copyright of this image belongs to Icelandic Met Office.

Since 2000 the time between eruptions is around 2200 days on average. That number of days is about to happen soon in Grímsvötn volcano.

Please remember to support my work with donations. Everything helps me keeping this website up and running and properly updated. Thanks for the support. 🙂