Since yesterday (20-October-2020) the earthquake activity on the Reykjanes peninsula in the volcano Reykjanes or Krýsuvík volcano has been slowly getting down after the Mw5,6 earthquake. There have been at the writing of this article 30 earthquakes with magnitude that are larger than Mw3,0 in this area, some of those earthquakes have been felt in nearby populated areas. 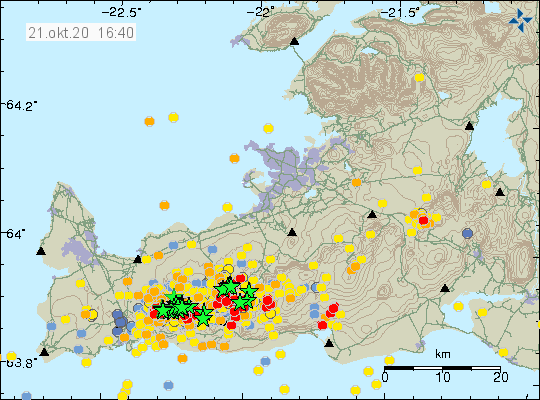 The earthquake activity slightly more than 1 day later on the Reykjanes peninsula. Copyright of this image belongs to Icelandic Met Office.

At the writing of this article the number of detected earthquakes in this swarm is getting close to 2000 earthquakes. The risk of stronger earthquake both west and east of the Mw5,6 earthquake that took place yesterday. Strongest possible earthquake in this part of Iceland can reach magnitude Mw6,5 to Mw6,7 depending on location and that is only east of current earthquake activity in Brennisteinsfjöll volcano area.

According to the news, the first injury because of the Mw5,6 earthquake has been reported along with damage to a viewing place in the mountain close the location of the earthquake yesterday.

I am going to post updates soon as possible if anything more happens in this activity on Reykjanes peninsula. At the writing of this article there has not been any sign of magma movement or any sign that an eruption has taken place in this area.

It was reported by Icelandic Met Office at 22:20 UTC that people had been noticing more gas smell close to a small lake called Grænavatn. This suggest that magma might be on the move in the crust. It is currently difficult to be sure at writing of this article. This would be inside the volcano of Reykjanes. 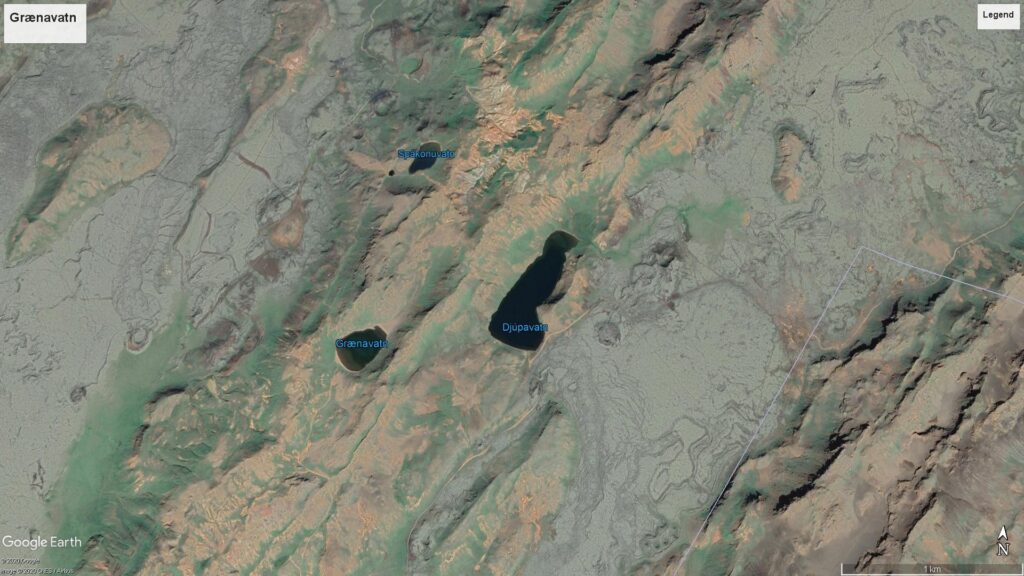 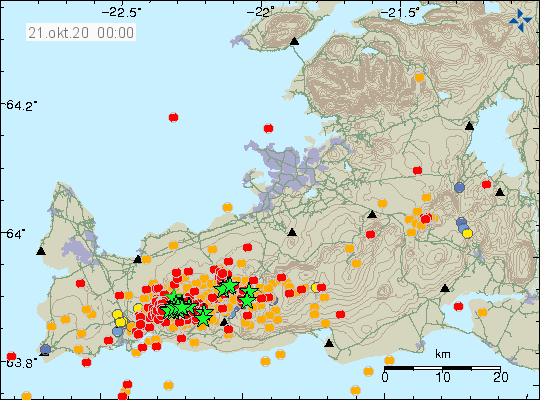 Earthquake activity on the Reykjanes peninsula at midnight 21-October-2020. Copyright of this image belongs to Icelandic Met Office.