Yesterday (29-August-2020) an ongoing earthquake swarm in Krýsuvík volcano or in the Reykjanes volcano increased. I am unclear what volcano system is responsible for this earthquake activity. It might be both volcanoes and if that is case it complicates matter. 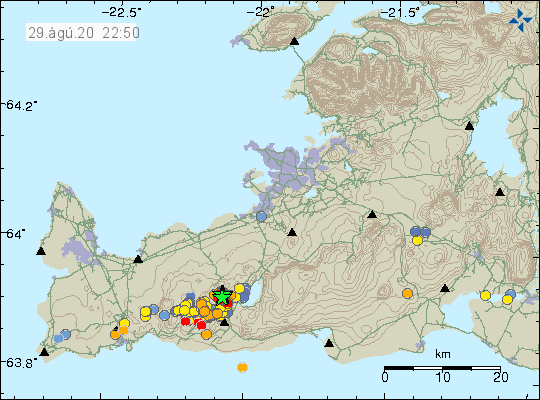 The earthquake activity yesterday close to Krýsuvík or in Krýsuvík volcano. Used with permission and copyright of this image belongs to Icelandic Met Office.

It is still possible to support my work with donations but I have moved the donations buttons to the Donation page for more easy access and to make the front page better. I am still working on new setup and changes to the website that are going to be implemented slowly over the next few months. Thanks for the support. 🙂