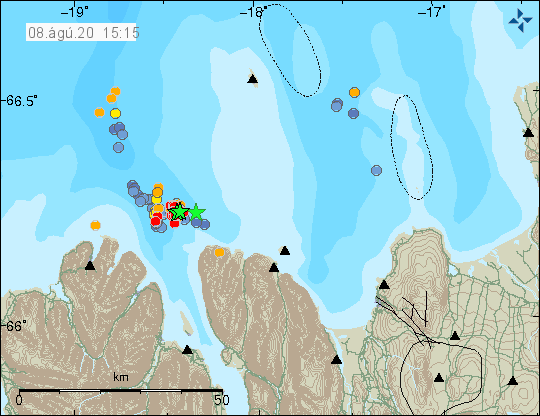 The earthquake activity in Tjörnes Fracture Zone. Copyright of this image belongs to Icelandic Met Office.