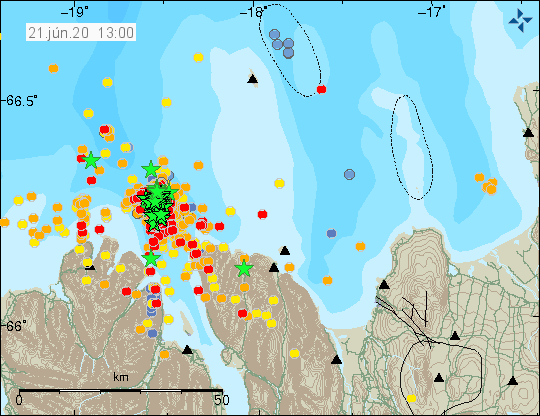 Earthquake activity remains strong even if there is a minor drop in activity when this article is written. Copyright of this image belongs to Icelandic Met Office.

The earthquake activity remains dense as can be seen here. Copyright of this image belongs to Icelandic Met Office.

The magnitude Mw5,6 earthquake as it aooeared on my geophone (Hvammstangi 1).

The magnitude Mw5,6 earthquake as it appeared on my geophone (Hvammstangi 2). 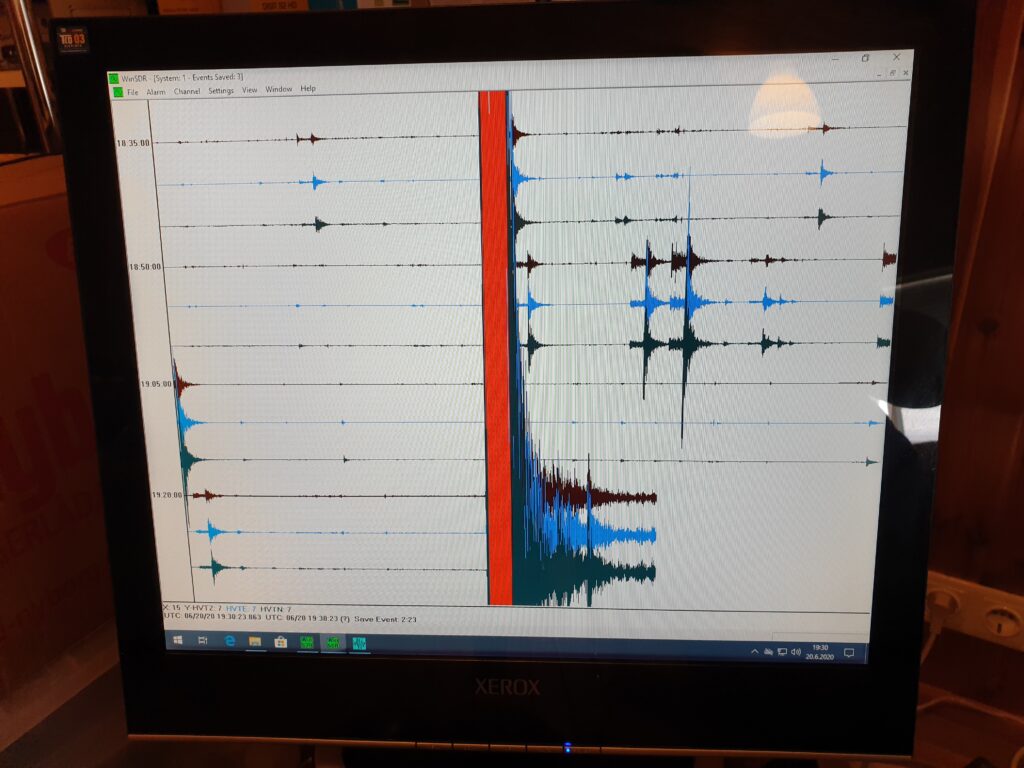 The Mw5,6 earthquake as it appeared on my live computer that I use to monitor earthquakes.